Read in this Edition

Living In Relationship with the Land by Gabriele Detschmann

Living In Relationship with the Land

The Sierra Nevada de Santa Marta has been internationally recognised as a designated UNESCO Biosphere Reserve since 1979. It was among the first sites that were acknowledged by this intergovernmental programme. Today, there are more than 700 sites across 134 countries: the world network of biosphere reserves.

Biosphere reserves are not conventional protected areas like World Heritage sites. They exist where people interact with the land in respectful and sustainable ways, proving that it is possible to live in this world in harmonious coexistence with nature and other living beings. Biosphere reserves are home to natural wonders, and they are home to many peoples and communities who act as important guardians of their ancestral lands within formal local and national legal systems. Personally, I have always loved this programme because it focuses on the relationship between us humans and our Mother Earth and because it recognises the value of indigenous and traditional knowledge to manage a particular region. Biosphere reserves create an understanding of how we affect the living world that sustains us – and how the living world returns the favour.

Only a few days ago, on November 30, 2022 UNESCO acknowledged the "Ancestral System of Knowledge of the Four Indigenous Peoples, Arhuaco, Kankuamo, Kogui, and Wiwa of the Sierra Nevada de Santa Marta" as an Intangible Cultural Heritage of Humanity. The nomination for inscription on UNESCO's Representative List was initiated by the four indigenous peoples themselves. They requested the support of governmental bodies and other organisations in order to raise visibility and awareness of their living heritage and to encourage dialogue on national and international levels. They emphasise that this nomination was not carried only by human beings, but also by the spiritual participation of water, earth, trees, stones, wind, and all of Mother Nature.

Acknowledging the Wisdom of Our Elders and the Land

The following paragraph offers an introduction to the ancestral system of knowledge of the four indigenous peoples of the Sierra Nevada, which demonstrates an essential understanding of the earth and plays a fundamental role in the protection of their lands. It summarises the nomination file, 16 pages of text, which was prepared by representatives of the four indigenous peoples together with governmental authorities and indigenous researchers. Links are provided at the end of this article to read the entire document for yourself.

The Kogui, Arhuaco, Wiwa, and Kankuamo indigenous peoples are children of the Mother of Origin who, by her own accord, were defined as wooden posts or safeguard columns in the four cardinal points of the Sierra Nevada, with the mission of controlling the entry of negative forces into the territory. Their ancestral system of knowledge is comprised of sacred mandates that keep the existence of the four peoples in harmony with the ecosystem of the land, which entails both the physical and spiritual universe. Based on the Law of Origin, a philosophy that governs human relationships to nature and the universe, it entails an extensive understanding of the territory, through which the sea, rivers, stones, mountains, and snow-capped peaks are recognised as the totality of a single living body. Through many years of dedication, the spiritual leaders of the community, the Mamo (male) and the Saga (female) acquire skills and sensitiveness to communicate with the snow-capped peaks, to connect with the knowledge of the rivers, and to unpuzzle the messages of nature. They fulfil the mission of uniting ancestral knowledge with the integrity of the territory by acknowledging the value of vital spaces (lagoons, mountains, rivers, wetlands, trees, rocks, etc.) and uses of energy-conducting elements (stones and plants). They weave those elements to create communication channels and determine the environmental state of the planet and humanity. The "Pagamento" to the spiritual powers that are embodied in plants and animals is one form of spiritual communication with nature as established by the Law of Origin. They say it is their spiritual mandate that was written in the living body of Mother Earth in the ground, underground, the sea, and other elements of the universe.

I have been working for and with UNESCO for eight years and I have never seen or read anything like this file. It was both a captivating and a humbling read and I believe it will have an impact on various levels. The knowledge system is immensely complex but when I listen to Mamo Miguel, whose presence in our beloved cacao forest has become such a wonderful continuity, his words and songs sound strangely familiar. He is speaking to a deeper knowing within me, one that (I believe) I had access to as a child. I used to spend hours outside with my friends - the trees, the flowers, the rocks, and the rivers. We played, we talked, and we rested. My mother would often come looking for me, worried that I was lost. In retrospect, however, I’ve quite possibly never felt more connected. But my relationship with the land weakened as I didn’t have anyone to encourage or teach me how to nurture this special bond. Only recently I have started to re-connect. I am spending hours in the forest with my 93-year-old grandfather who used to be a farmer. He knows  every rock and every tree in his area because most of the trees were planted by him, his father or his grandfather. Acknowledging his knowledge and connecting with our common roots has been a healing and nourishing experience for both of us. There is so much to be gained from the wisdom of the elders and the land we live on. To sit with her, to pay attention to her presence, and to feel her energy has become my ritual and my medicine. It is a form of reverence and reciprocity, a grounding and healing dialogue with the Mother. 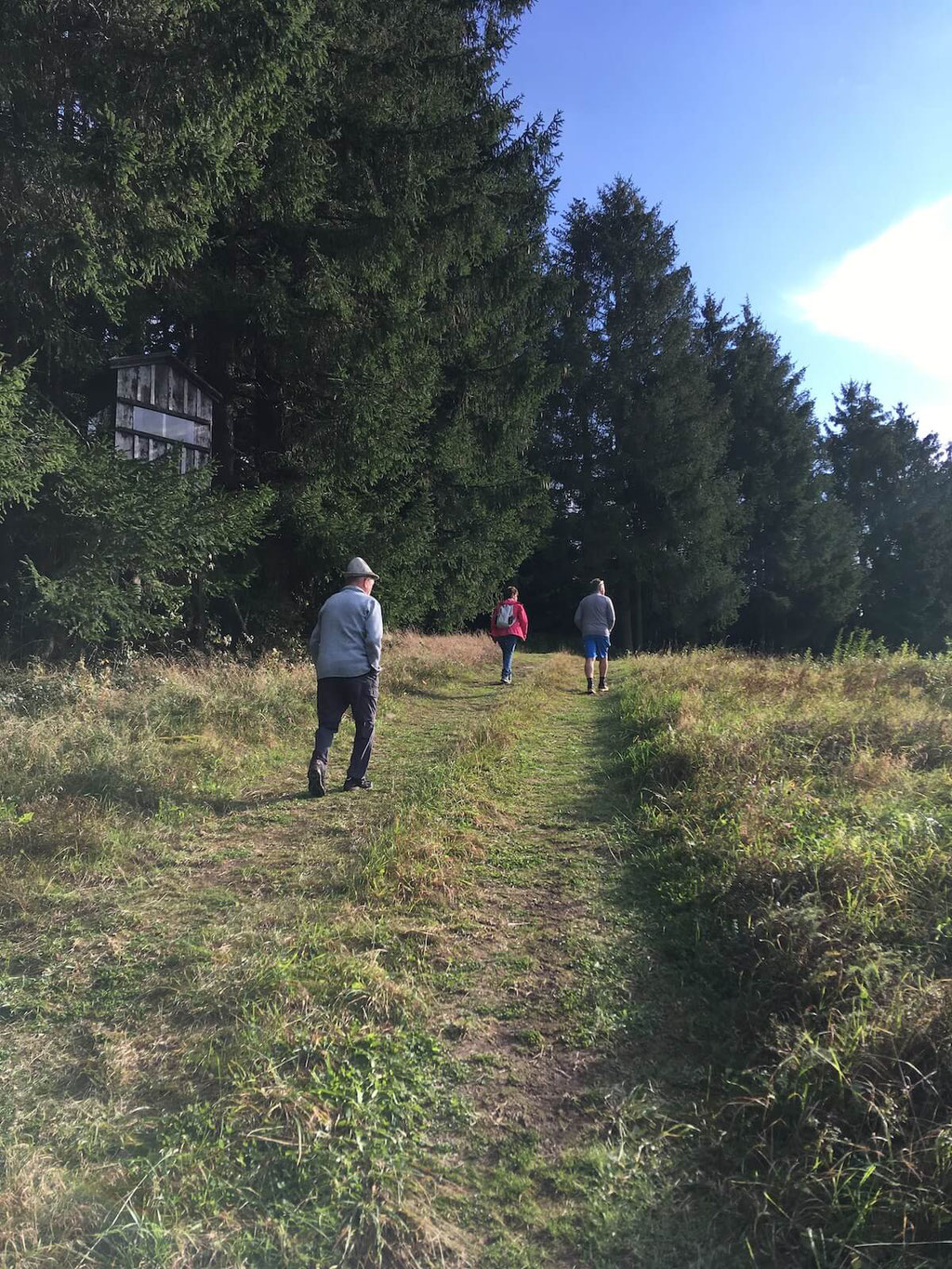 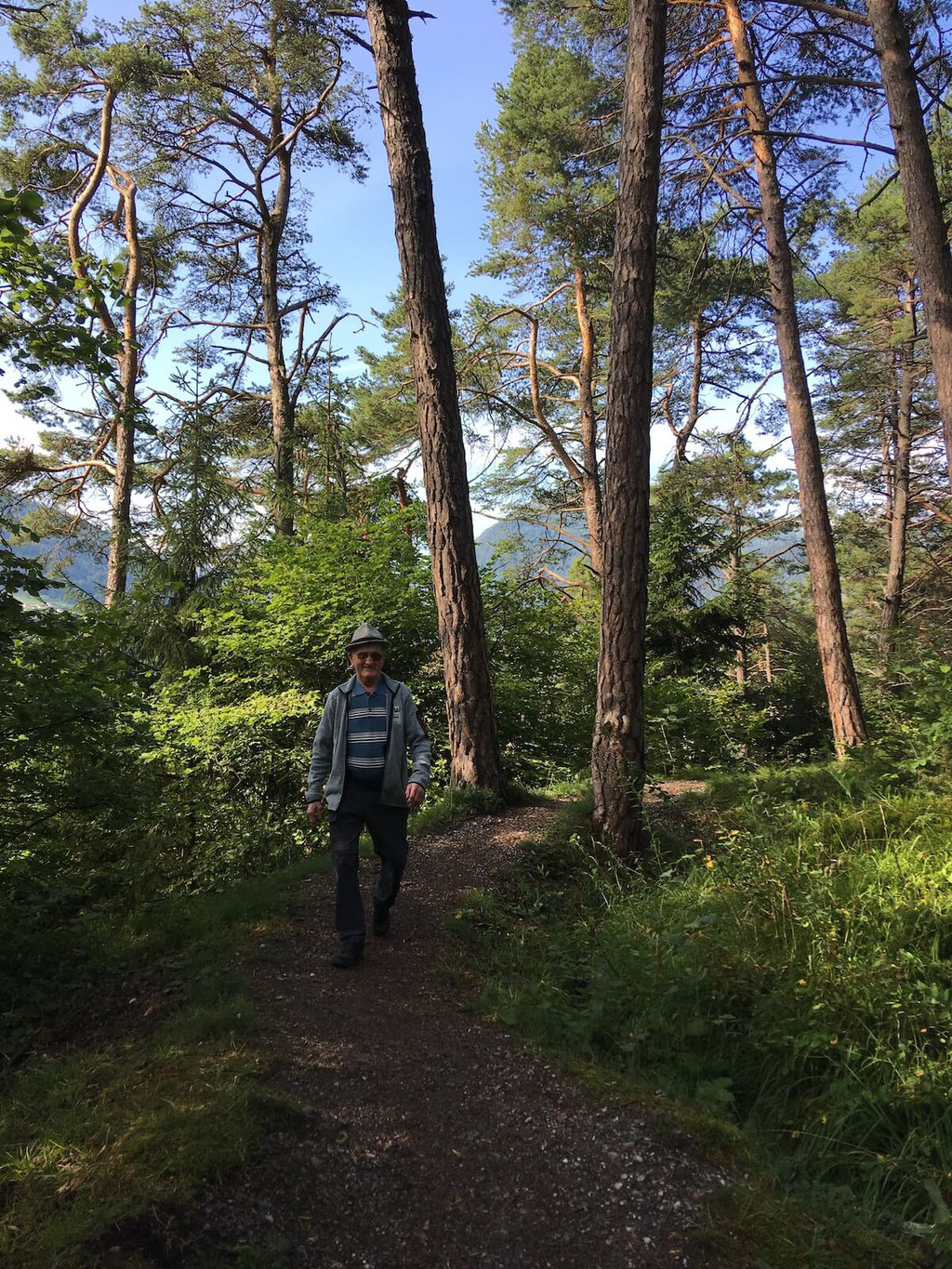 I am grateful for the blessings, support, and teachings we are receiving from Mamo Miguel, confirming to me that our work in the Sierra Nevada is in harmony with his norms and principles. I know that his presence will continue to have an impact on the Cacao Gardener and the ways we connect to the land that is home to so many of our Mother’s magnificent creations.

To read the entire file and watch a video about the Ancestral Knowledge System of the four indigenous peoples of the Sierra Nevada de Santa Marta, follow this link.

Cacao Gardener is a not-for-profit initiative with a simple intention: Working together to plant trees and restore a biodiverse, spirited Cacao forest in the Sierra Nevada de Santa Marta in Colombia. Join our community and become yourself a Cacao “Spirit” Gardener and a guardian to a sacred Cacao Tree.

THE CACAO GARDENER VISION SERIES IS A CO-CREATION OF CACAO LOVERS who Intend to CONNECT WITH THE  SOURCE OF SACRED CACAO AND WEAVE INTO THE VISION OF A HEALTHY, SPIRITED CACAO FOREST ♥︎